Skip to content
HomeCompetition in higher education: notes on a misconception*

In its more sensible manifestations (such as Sonia Sodha’s careful Guardian piece this week), the debate about vice-chancellors’ pay boils down to a question of responsibility. Universities are taking money from students – who are to some extent a captive market – and also from the state. Members 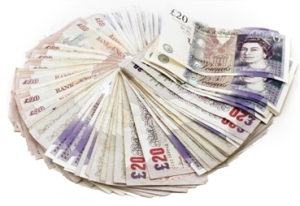 of the public are therefore not unreasonable in demanding a right to know how it is spent. Since public universities are demonstrably not taking profits to give to shareholders, the evidently high salaries of senior managers can look like a signal instance of waste. But these arguments seem to me to be based on a misconception of the nature of competition in higher education.

Universities are generally not competing on price: a point which riles so many commentators, but is a product of the peculiar market which was not of their choosing. Once the government set a maximum fee of £9000, fees rapidly gravitated to that figure. That wasn’t because of a ‘cartel’ – that line is absurd and damaging – it was because degrees proved to operate as positional goods. Price, in other words, was perceived as a proxy for quality, and nobody wants a second-rate degree. The repayment system, meanwhile, also serves to mask  differences of cost. In this context it becomes irrational for a university not to set fees at the maximum level. As a point of historical fact, not many people saw this coming when the maximum fee was announced: not the government; not the VCs themselves.

As a result universities, taking the sector as a whole, unquestionably experienced an increase in their finances after 2011, of around 25 per cent. A mandated percentage of that increase is spent on widening participation activities – a point critics rarely acknowledge – but still there has been a bump. Some people, including the architects of the scheme, might in fact argue that this was a good thing, correcting a trend of under-investment and underpinning the ongoing international success of British universities. The international league tables published this week demonstrate at once our high reputation and the intense nature of global competition.

But a lack of competition on price is all too often mistaken for a lack of competition of any kind. We’re told that the advent of £9000 fees gave universities a licence to print money – which, in due course, they might just as well blow on VCs’ salaries. But this is not a world that any academic in the UK will recognize. For the other reform of the coalition government was a lifting of student number controls, that had previously allocated set numbers of students to individual universities. As a result, some universities have expanded; others (although this gets little attention) have contracted. The bump in finances has thus been unevenly – competitively – distributed. The competition to attract students is fierce, and the consequences of failure can be painful.

This system has underpinned recruitment of academics at many of the more successful universities, including my own. We have reduced staff-student ratios and increased contact-hours. It has also driven the capital investment programs at universities across the land. Some of these can easily be portrayed as excessive – ‘iconic’ buildings, sports centres, and so forth – but they are also improving the conditions in which students live and work. And, critically, in a competitive market they may also be necessary in order to attract the students. Is this situation out of control? Not in my view, although I appreciate why some may argue that many students are effectively paying for things they don’t need. Maybe the system is worthy of review – no system is perfect – but the spending decisions we have seen are surely no more than rational responses to the conditions of competition.

There’s also an international dimension to the competition. It’s easy enough for commentators to say that universities can ‘just take more international students’, but the competition for these students is intense. We’re competing not just against other UK universities, but also against universities in other countries. And other governments, it has to be said, are doing rather more than our own to support their universities in this competition. This also brings us back to the international league tables. These are a relatively recent innovation, and are still treated with a degree of scepticism among the academic community. Among prospective international students, however, they can be hugely influential. In this context, no university can afford to ignore them, nor to undervalue the factors that feed most powerfully into them.

And this, in turn, is one reason why there is such a competitive market for the world’s best-performing researchers. Research performance – grant-income, publications, citations, peer-recognition, and so forth – feeds directly into both international and domestic league tables (with, domestically, the exception of The Guardian tables). Some critics of universities assume that the education-function can easily be separated from the research-function, which they portray as a site of wasteful expenditure. But institutional reputations, so heavily based on research, not only help to attract students, but also help graduates when they leave universities. I think we should be discussing very carefully the relation between research and education – and doing so with our students – but we can’t simply ignore these complex interconnections.

And maybe this brings us back to VCs’ salaries. These are people leading complex organizations in a highly competitive international context. Plenty of factors, of course, contribute to the success or failure of a university. But the nature of competition has changed radically, both within the UK and internationally, and this has affected management practices and structures. Maybe some of this can be wound back with some tweaking of the national funding and governance system, but much of it cannot. In this context I can understand why governing bodies and remuneration committees – although, doubtless, they make some mistakes – want to get the best people in place, and keep them there.

* Published under a different title by Times Higher Education